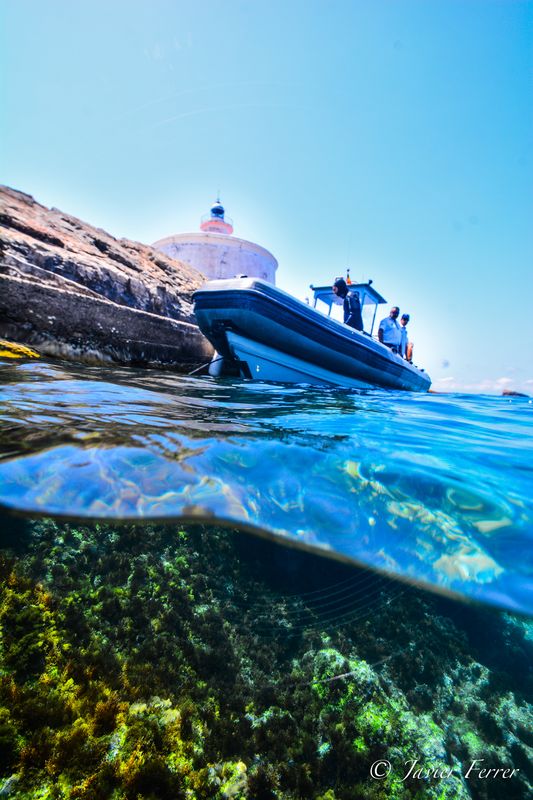 Throughout summer 2017 Ecomers and Conisma carried out ecological monitoring in selected pilot MPAs of the FishMPABlue project. Results showed that in most MPAs both no-take zones and buffer zones were associated, on average, with higher values of fish density, biomass and predation rate, compared to external unprotected zones. Also the fish diversity was slightly higher in protected zones compared to unprotected ones. Three techniques (i.e. UVC, BUVs and squidpop), were used together for the first time in the Mediterranean Sea, and results indicated a high level of complementarity in capturing the diversity of fish fauna present in Mediterranean coastal ecosystems. From this perspective, the future parallel use of these methodologies for ecological monitoring is strongly recommended in the context of MPAs.

Concerning the economic monitoring, a total of 623 small-scale fishery catches at landing – within MPA buffer zones and around MPAs – were sampled and >16,000 individuals from 132 species were measured and analysed. The analysis made evident patterns of variability between the various MPAs. In about half of the MPAs investigated, the catch per unit of effort (CPUE) was significantly higher when fishers operated within MPA buffer zones compared to outside. This figure reduces to about ⅓ of the MPAs when considering revenues per unit of effort (RPUE).

Regarding social monitoring, preliminary analyses highlighted the high heterogeneity characterising each community with age structure and education level, for example, highly diverse both within and between MPAs. This heterogeneity also emerged from an analysis of the fishing-related features of fisher communities, identifying a wide range of fishing tools and techniques implemented in the 11 MPAs by local fishers. Fishers’ perceptions of the effects of MPAs both on fish status and on fishers’ incomes greatly varied between MPAs.