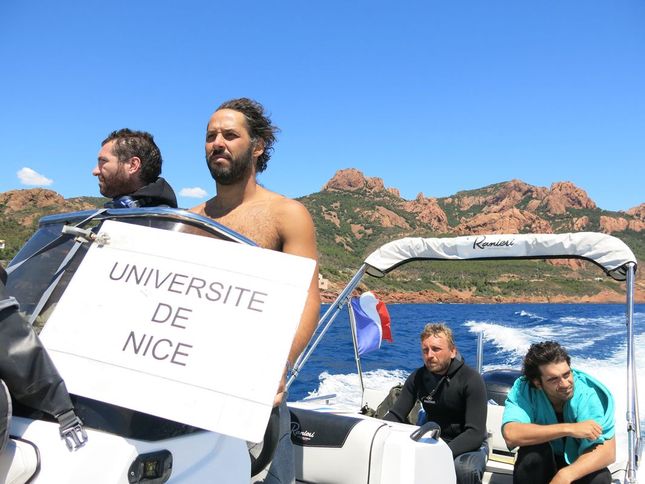 An ecological monitoring campaign was carried out last summer in the 11 pilot Marine Protected Areas (in Spain, France, Italy, Croatia, Greece and Slovenia). The operation involved 10 researchers and was led by Ecomers Laboratory (University of Nice) and Conisma. The campaign aims at providing insights on MPA’s effectiveness in terms of fish density and biomass by comparing the ecological situation inside the protected area with the other unprotected zones outside. Researchers sampled in locations under different protection levels: no-take/no-access zones, buffer zones and unprotected locations outside the MPA.

Various techniques were used to estimate fish density, size distribution and biomass for each species recorded. The research team drove 14,000km by car, covered more than 4,000km by boat, and spent more than 250 hours diving (about 100km covered underwater). The team sampled in 6 sites in each MPA and collected quantitative information for more than 70 fish species, and also 2 cephalopods and 4 macro-crustaceans.

The project is also monitoring the relationship between fish catches and income in the small scale fishery community operating within and around the pilot MPAs. A questionnaire for fishermen has been designed to gather information about social issues related to small scale fisheries management in MPAs (fishermen's age, years of experience, business model, average income, type of family, social context).

During the summer sampling campaign, several informal meetings took place between MPA managers, FishMPABlue2 researchers and fishers groups in Cabo de Palos and Es Freus (in Spain), Strunjan (Slovenia), Telascica (Croatia), Torre Guaceto (Italy) to involve fishing communities in monitoring activities. A local group cluster of fishers and MPA managers has been set up in each pilot MPA and collaboration agreements will be signed in the coming months.