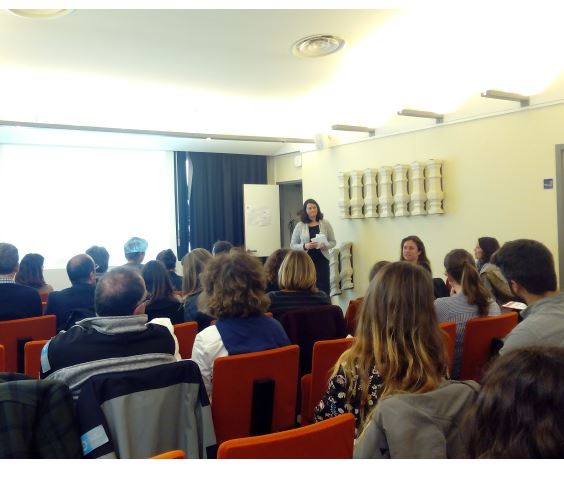 Sharing achievements and results of the FishMPABlue2 pilot actions with other MPAs in France.

MedPAN, ECOMERS (CNRS-University of Nice) and APAM (French association for sustainable fishing and maritime activities) organised an event on 27 March 2018 in Cassis, France to officially present the FishMPABlue2 project.

They shared the first achievements and results of the FishMPABlue2 pilot actions with other MPAs in France. The event was organised during the annual technical workshop of the French Biodiversity Agency (AFB) that brings together the French Mediterranean Marine Protected Areas managers.

Chloe Webster, MedPAN scientific officer, gave an overview of the project; the 3 French pilot sites presented the governance tools tested in each MPA.

Frédéric Bachet, director of the Côte Bleue marine park, detailed the 3 tools implemented in the park since 2017:

Leila Seddiki, Cap Roux manager and Claire Lemoine, APAM, highlighted the actions developed for the project (in cooperation with UNS and APAM):

These 3 presentations excited the interest of other MPA managers to investigate and to implement similar methodologies in their MPAs in the future.